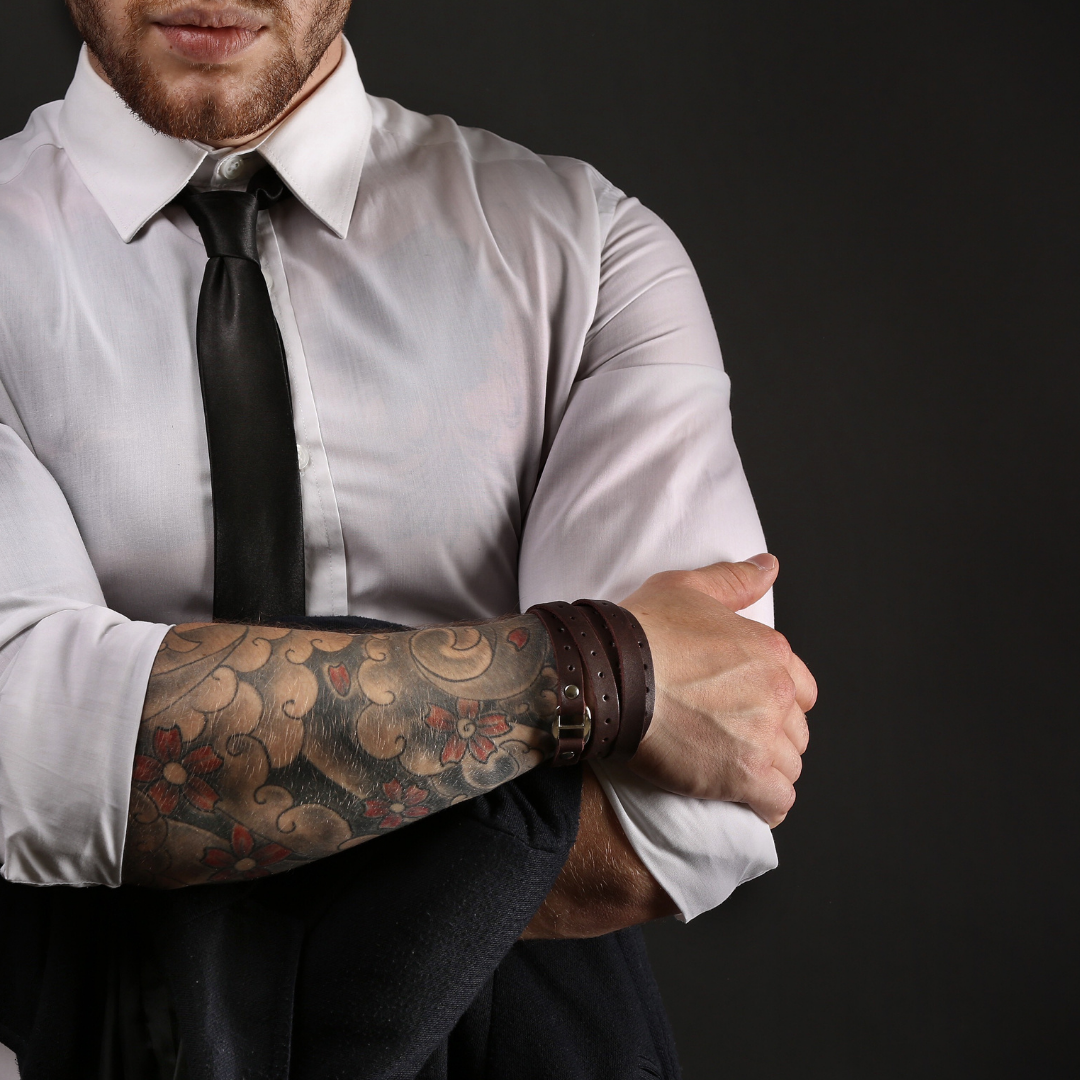 Girls like Red didn’t get happily ever afters, but damn if Liam didn’t have her thinking it just might be possible.  The way he kissed wasn’t fair. Strong lips. Talented tongue. Sure fingers. Hint of cocky dominance. He checked off every one of the must-haves on her orgasmic bliss list. But he brought more than the physical. She trusted him. It was that more than anything magical he was doing with his lips that pushed her over the edge. Even if it was only for the night, she was going to believe.

She wrapped her legs around his chest and pulled him closer. “I hope you’re going to take the skirt off me a lot faster than my shirt.”

“I’m not planning to take off this ridiculous excuse for a skirt at all.” His long fingers slid up the outside of her thighs, under her skirt and hooked her panties’ elastic band on both hips.

He yanked hard and the sound of shredding lace sent a shiver down her spine. The tattered remains of her panties fell away, leaving her bare and exposed under the skirt’s minimal length.

“God, this skirt.” He stared at the gingham material with such intensity, Red couldn’t believe it didn’t spontaneously combust.

She inched it up. Liam’s jaw hardened and his grip on her fleshy hips tightened. Another inch. He gulped, his eyes going from light blue, the color of the Caribbean Sea, to blue as dark as the deepest point in the Atlantic. Another inch. Every sinewy muscle in his arms bulged as he fought the same urges building inside her. She pulled the skirt up as far as it would go without showing her bare pussy. It wasn’t nice, but she wasn’t a nice girl.

He growled; honest to God growled.

“You don’t like the pub’s uniforms?” she asked, loosening her legs wrapped around his chest.

Heady anticipation electrified the air. Desire seeped out from her core to her limbs, making her languid and ready for whatever came next.

Rotating his hands from the outside of her hips to her inner thighs, he pushed her legs wide, the move sliding her to the middle of the table. He rose from the bench seat and loomed over her. “I don’t like other people getting to look at you in it.”

He reached behind his head, grabbed the back of his shirt collar and pulled his T-shirt off in that signature male way. Lines of solid muscle and full-color tattoos covered his chest down to his six-pack abs and the V lines above his hips. There wasn’t an ounce of softness in him as he stared down at her, looking every inch the predator.

But he needed to know, no matter how much slick need he inspired, she wasn’t prey. She slipped her fingers into her wet folds and rubbed, relishing the way he went rigid as she pushed herself closer to the edge. “How very territorial.”

He came back to himself with a sexy smirk. “Werewolf, remember? It’s our nature.” He lowered his mouth to her core and blew a hot breath against her fingers. “Now it’s time to stop talking.”

The world went dark the moment he slid his tongue against her wet folds, trailing over her fingers and around her clit. She shut her eyes tight. The sensations were too much, too intense, for more than one sense at a time. His fingers pushed past hers, sliding inside. Before she could adjust to the welcome invasion, he sucked her sensitive nub into his hot mouth and scraped his teeth gently against it. Color exploded in her vision as bright as a glimpse of the sun from the dark side of the moon. The magical force field, the love spell, the missing Caladbolg sword—none of it mattered at the moment. How could it in the face of the pleasure vibrating up her thighs as she arched her back and gave him a better angle to work his own kind of magic? The buzzing grew stronger and she strained toward it, knowing that when it hit her center, she was going to burst into a million pieces, and she couldn’t wait.

She slipped her fingers away and sank them into Liam’s thick hair, pulling him deeper into her. So close. So fucking close.

He made some sort of twisty move with his fingers that took her so high, her lungs forgot how to function before he lifted his mouth from her, leaving her teetering on the edge of orgasm. It took a minute to claw her way through the fog of lust. The Liam she saw when she opened her eyes was a stranger. Hungry. Hard. Hot. There wasn’t just a feral air to him, he was wild.

“I want to be inside you when you come.” His fingers dropped to his zipper.

Unable to wait any longer, she slapped his hands out of the way and made quick work of getting his pants open and halfway down his hips, revealing his long, hard cock already wet at the tip. She leaned forward and licked him clean. He sucked in a ragged breath and his hands fisted. She doubted she’d be able to take all of him in her mouth at once, but damn she wanted to try—next time. Right now, she needed him somewhere else. “Who said I couldn’t come more than once?”

“Who said you weren’t going to?” He shucked his pants the rest of the way off and retrieved a condom from his wallet and rolled it on.

Fates preserve her because she was going to hold him to that even if she spontaneously combusted during the process.

He gripped her hips and pulled her to the table’s edge. Looking down at her, his face softened and he hesitated with the head of his cock at her entrance. “I don’t know what’s going to happen after tonight.”

“When does anyone ever know that? We just have to work with what we’ve got.” She wrapped her legs tight around his lean hips and drew him forward until he filled her completely. “And tonight I’m glad I have you.”

Whether it was her words or the feel of her surrounding him, whatever darkness that had made him hesitate evaporated. After that, they both gave up thinking. The whys, the hows, the what ifs—they’d deal with them tomorrow. For once the fates had thrown something good her way and she was going to grab hold of it with both hands.

With each withdraw and thrust, the need grew, curling tighter in her stomach. She arched her back and he pushed inside her deeper, rubbing up against the bundle of nerves and pushing her higher. Colors danced on the edge of her vision as the vibrations took over her body. “Liam, if you stop now, I’m going to kill you.”

The bastard had the gall to chuckle in the middle of fucking her into oblivion. “Oh we’re not even close to done yet.” He slid his hands under her ass, each finger digging deep as he lifted her so only her shoulders touched the table. “I don’t know if I’ll ever be done with you, Red.”

He pulled her up and forward in his arms until she was boob to chest with him, her hard nipples rubbing against his pecs. Fucking while standing up had never been one of her favorite positions, but Liam was big enough and strong enough to make her feel secure. Then again, maybe it had nothing to do with his size, but with him.

Holding on to his broad shoulders, she twisted her hips, bringing her clit in contact with his pubic bone. That was all it took. She climaxed hard and fast without warning, screaming Liam’s name as the world turned Technicolor and her muscles dissolved.

One long, deep thrust and his orgasm hit. His entire body tightened and he squeezed her close as he buried himself to the hilt.

“I need more time.” He whispered the words into the crook of her neck as he sank down to the bench seat, taking her with him.

The urge to ask him what he meant hovered on the edge of her consciousness, but the need to know couldn’t compete against the warmth of his skin and the heaviness of her eyelids as she basked in the comfort she’d found in Liam’s arms.

“She'd been clear on the rules and he'd agreed t

Have you done this?

Relationship on the rocks? Crushing on your best f